Tenker Mikva thief agrees he has a gambling problem

The Tenker Mikva thief, after being dealt with by Shomrim has admitted he has a gambling problem and agreed to go for therapy and repay all the money he has stolen. At least whatever we know about.

After money had been disappearing for weeks from people's pockets in the Tenker Mikva in Boro-Park, finally due to this $2000 pickpocket, the thief has been apprehended. The culprit is a Chassidishe yingerman who happens to be a melamid in Boro-Park. The man, after being approached by Shomrim, began to cry and promised he had never taken any large amounts. After Shomrim asked about the $2000 that he had taken, he blatantly replied that it had been taken back anyway so that didn't count.

$2000 lifted from pocket in Tenker Mikva

A man in Tenker Mikva thought he saw someone touching his pockets, after checking his pockets he realized that $2000 that he had with him were missing. The man checked the pockets of the person that he thought had been messing around, while lo and behold there was his money. The man checked the thief's hat for his name and phone number and reported him to Shomrim and the Tenker gabbe. 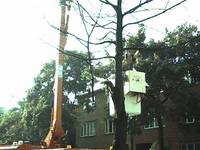 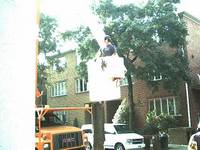 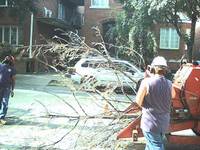 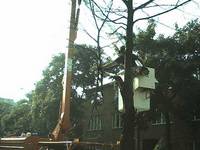 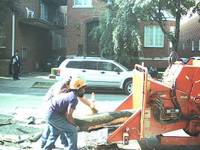 A yingerman hits a girl with his car while she comes off of the school bus on the way to Satmar school. 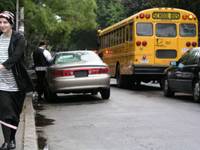 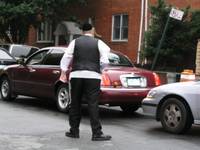 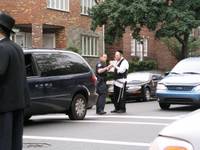 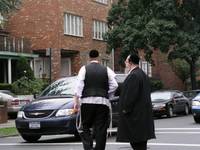 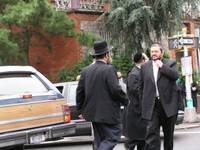 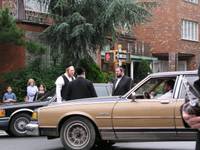 Meet the terrorist - which one? 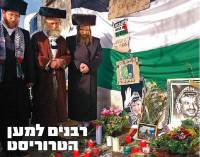 Leave Comment ---This article posted by Chaptzem : 1:24 AM
3 comments

The President speaks about the miracle of Channukah. The three children of U.S. Army Chaplain Felsenburg light the menorah. Afterward there is a Channukah choir performance.

In early 2003, PETA received complaints alleging violations of kosher and federal law at AgriProcessors, the world’s largest glatt kosher slaughterhouse and the producer of Rubashkin’s and Aaron’s Best meats. AgriProcessor workers ignore the suffering of cows who are still sensible to pain after having their throats slit by the ritual slaughterer. The animals stagger and slip in blood while their tracheas dangle from their necks.

Hatzalah members crash into each other in Boro-Park

Two Hatzalah members responding to a choking baby call in Boro-Park crashed into each other, totaling both cars and smashing up another car that was parked. B"H nobody was seriously injured.