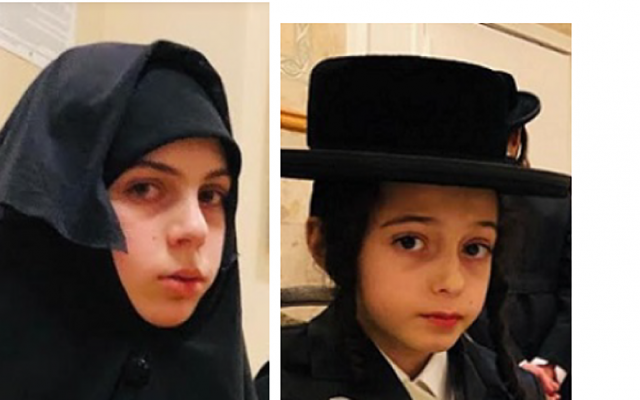 Two children kidnapped in New York by members of an extremist Jewish sect were found safe in Mexico after a several week search, and three leaders of the cult have been deported to the US, authorities said Friday.

The three plus a fourth man arrested earlier have been charged with abducting the victims — 14-year-old Yante Teller and her 12-year-old brother Chaim Teller — on December 8 from their home in upstate New York and taking them out of the country.

“As alleged in the complaint, the defendants engaged in a terrifying kidnapping of two children in the middle of the night, taking the children across the border to Mexico,” US Attorney Geoffrey Berman said. “Thankfully, the kidnappers were no match for the perseverance of the FBI, the New York State Police and Mexican authorities, and the children were recovered this morning after a nearly three-week search,” Berman said.

Berman said the kidnapping victims were found Friday morning in the Mexican town of Tenango del Aire and plans are underway to reunite them with their mother.

Defendant Aron Rosner was arrested in New York City on Dec. 23, and Nachman Helbrans, Mayer Rosner and Jacob Rosner were arrested Thursday after they were deported from Mexico to New York. Their attorney did not return an email seeking comment.

Authorities say the men are leaders of Lev Tahor, an extremist Jewish sect based in Guatemala.

Helbrans has been the leader of the cult since his father Shlomo Helbrans, who founded it, drowned in Mexico in 2017. The children belonged to his sister, who had fled with them and her other children from Guatemala earlier this year.

The FBI said in the court filings that the children’s mother had been a “voluntary member” of Lev Tahor but left the group after its leadership became increasingly extreme.

Lev Tahor, which has about 230 members, relocated to Guatemala from Canada in 2014 following allegations of mistreatment of its children including abuse and child marriages.

It moved in 2016 from the outskirts of Guatemala City to Oratorio, a village 30 miles east of Guatemala City, after religious disputes with its neighbors, and reportedly crossed the border from Guatemala to Mexico in June 2017. It may have returned later to Guatemala.

Arranged marriages between teenagers and older cult members are reported to be common. The group shuns technology and its female members wear black robes from head to toe, leaving only their faces exposed. It also rejects the State of Israel, saying the Jewish nation can only be restored by God, not humankind.

FBI Agent Jonathan Lane referred in the criminal complaint against the defendants to reports of Lev Tahor subjecting children to “physical, sexual and emotional abuse.”

Shlomo Helbrans was convicted of kidnapping a 13-year-old in New York in 1994 and was later deported to Israel.