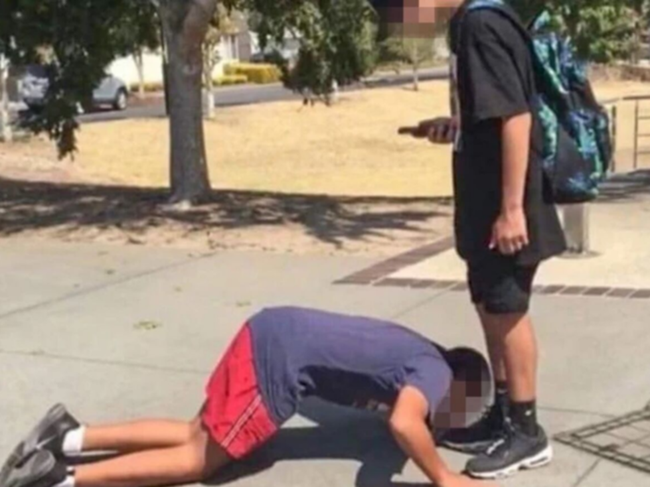 Antisemitic abuse is bad and reaching the "point of no return" - that is the grim warning from the Melbourne Jewish community after revelations a Jewish boy was forced to kneel down and kiss the feet of a Muslim classmate.

The incident came to light this week following a report in the Australian Jewish News.

It reportedly began when a 12-year-old Jewish boy from Cheltenham Secondary College was allegedly lured to a park by a classmate with the promise of kick-to-kick football.

When the boy arrived he was surrounded by nine other 12 and 13-year-old boys and made to grovel at the feet of a Muslim classmate and kiss his feet or cop a beating. He complied.