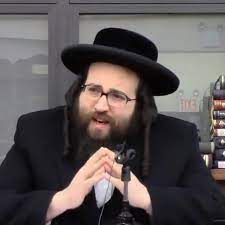 During a Hasidic teenager's first day at a new Brooklyn yeshiva last year, the head of the school approached him to talk about arranging his marriage.
"He told me, 'Wow, you're so cute. You're going to find a girl fast,'" said the former student, who spoke on the condition of anonymity. "I was 16."
He added: "If I would have stayed, it would have happened."
That head of school, Rabbi Yoel Roth, and the school he runs, Yeshiva Tiferes Hatorah in Williamsburg, Brooklyn, are now the subject of investigations by the New York Police Department and the Administration for Children's Services, the Forward has learned, after stories of Roth marrying off people as young as 15 erupted on social media in the last month. New York State requires people to be 18 to legally marry, or 17 with the consent of the Supreme Court or family court.
In interviews this week, siblings and witnesses of the rabbi's acolytes and others familiar with his operations described Roth as the Pied Piper of Hasidic Brooklyn who is brainwashing children who look like they have not yet gone through puberty into religious engagement and wedding ceremonies.
"This is a real cult," said one Hasidic woman in Brooklyn who said she has multiple siblings who joined Roth's community, describing some as still "full-fledged" adherents. She spoke on the condition of anonymity to protect her siblings. "It was only once they got really hurt and they left, that those cult-like characteristics really — you could see it."
In addition to the Williamsburg yeshiva, which is also known by the name Heichel Hakodesh Breslev, Roth runs Camp Breslev in Brooklyn and another nonprofit called Ach Tov V Chesed, according to tax filings. The organizations have a religious exemption from public disclosure of details like revenues and expenses.
Roth has also started a community of about 60 families in the Sullivan County, New York, town of Liberty, whose members are Roth's most committed followers, including some of the young couples he matched and married.
Roth declined to be interviewed for this article through his secretary, Shaul Indig. Indig denied the charges in a phone call this week. He said the claims were "lies" from "people who hate" Roth, and that the rabbi organizes engagements among young people but does not marry them until they're of legal age.
"They are going to be engaged for three years," Indig said of a 15-year-old who was engaged to a 17-year-old last week. "If they were secular, they would just be friends for three years."
But in videos posted to his website and on his social media channels, Roth says that listening to the state's marriage laws is akin to listening to the Gentiles, and seems to advocate for marriage following only a few years after bar mitzvah.
"If you want to make a child happy, you have to marry him or her off," Roth said in one video. Apparently invoking Rabbi Eliezer Shlomo Schick, who was arrested in 2011 in Israel for arranging child marriages, Roth said: "The yeshiva head spoke of pain, he spoke of 50 years that teenage boys write him letters, open themselves up to him. 'There's no other advice to be given except to marry off children young.'"
https://forward.com/news/466668/hasidic-brooklyns-child-matchmaker-is-under-investigation/
Leave Comment ---This article posted by Chaptzem : 8:45 PM